Yet another beautiful Saturday!

As usual I went to meet Tina by the back door and waited for her to gather her gloves and anything else she would need. I found out that one chicken was taking up refuge in her home as there had been a squabble, which resulted in one of the chickens ending up with quite a harsh injury. Let’s hope she makes a speedy recovery!

We were going to start clearing more wood and rubbish away from the paddock we usually worked in, but firstly Tina wanted to take a look at a place she thought one of her chickens had been laying eggs.

We waited until the chicken, Lilly (she is a Legbar), had moved away from the area she was thought to be laying her eggs, right behind an unused caravan.

Tina had brought a rake with her as the area we were checking on was fully grown with weeds and where rubbish was scattered around the place, hidden underneath nettles.

They shouldn’t have been hard to spot, as apparently they would be a pale blue colour, but indeed they were nowhere in sight. Lilly began squawking, as though mocking us by laughing at our attempt to uncover her secret place.

We gave up for the time being and let her wonder back to where she came out from. We watched carefully from close by. It seemed she had been resting somewhere below some piles of wood which had been placed next the caravan. I have to say, she camouflaged really well with the weeds and wood combined. I lost sight of her a few times!

The egg hunt was over, so Tina and I both left her to it and decided on clearing an area nearby the caravan. We put all of the rubbish into a pile out of the way. The wheelbarrow soon became full of this green matted stuff. It was extremely tricky, as it kept falling apart like it was slowly disintegrating.

There was a huge rusted old gate leaning up against the wall. Luckily, because we’re both so strong, we managed to lift it off from the ground, leaving no trail behind us…well enough so that we could manoeuver it to lean against somewhere else and ok, maybe we took a few quick breaks to get our breath back, but we managed it in the end! It was an extremely heavy gate!

We stopped midway for a drink, which was refreshing and well deserving ha-ha.

The time flew by, for the last hour we decided to have a go at grooming the Llamas again. Tina picked a few of them to go into small enclosures. We bribed them with treats of course! They followed willingly, only to feel foolish after realising they were unable to go anywhere thanks to our cunningness ha-ha!

The llamas being held captive, gazed out at their fellow companions who were first to be groomed and fed treats. This helped immensely, as I didn’t have all the llamas chewing at my pockets and trying to break the treats free. I feel like I’m getting better at grooming, I’m still quite anxious and stop whenever they move about, I’m just really not wanting to go back home in a box, having been squashed ha-ha!

To end the day, Tina demonstrated haltering by practising on Mesenka. He was a little skittish and nervous at first, but was very brave and well behaved when Tina eventually placed the halter on him. Llamas don’t use their mouths to breathe, only their noses, so when placing the halter on, be sure to put it above the bridge of their nose otherwise they can begin to panic.

I went around giving treats to the others, as they had been very patient and not made a sound.

Mesenka succeeded when Tina took the halter off, in not jumping or pulling away, but staying calm until it was completely off. We then let them all out, put the treats back into the tub and made our way out of the paddock and back to the house.

Tina gave me some eggs to take home, which I placed carefully into a bag. We said goodbye and I walked home with my Mum, Nan and my fur baby, Poppy. They had come to meet me; of course they had to pick the windiest day to trek all the way up ha-ha! I was very lucky I had taken a coat with me that day!

Fact of the day: A Llamas body is covered with wool which can be black, white, grey or brown, with a variety of patterns.

Which is very true, Tina’s Llamas have gorgeous colouring!

Blogging off until next time! 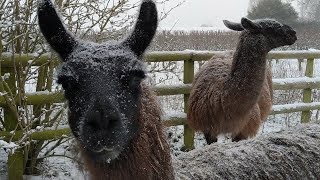 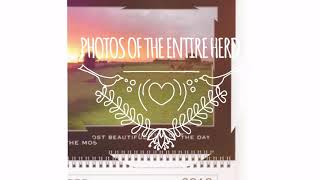 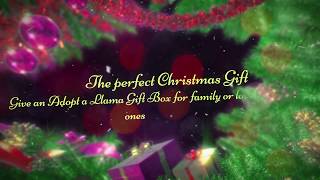 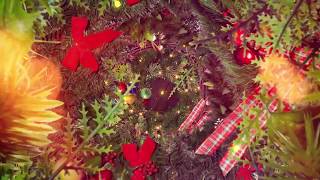